Facts of the case: 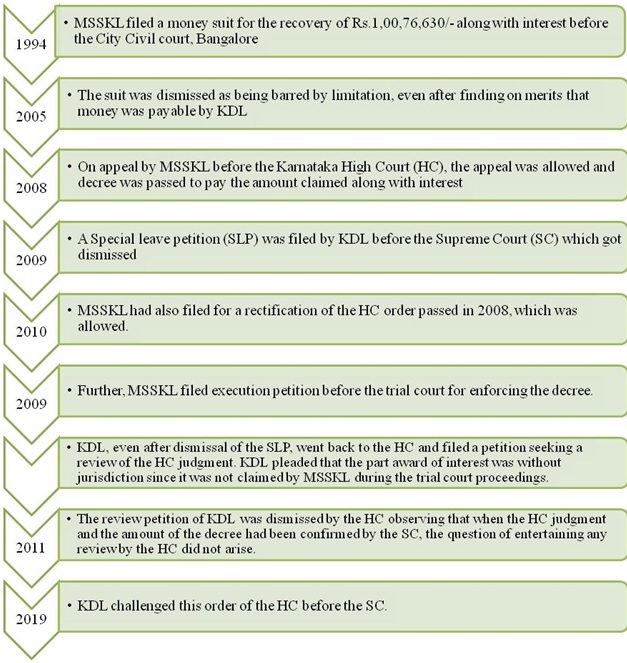 The Hon’ble Supreme Court (SC) framed the question of law as under:

Whether review petition is maintainable before the High Court seeking review of a judgment against which the special leave petition has already been dismissed by the Supreme Court?

Key observations and the decision of the SC:

The SC judgment reiterates its earlier decision in the case of Kunhayammed (supra) that an order dismissing a SLP by the SC, can be vide, a speaking order or a non-speaking order. In both such cases, the doctrine of merger does not apply, that is, the lower judicial authority’s order does not stand merged with the SC order. Consequently, if the SLP is dismissed by the SC in limine or by a speaking order, the parties have the right to approach the HC for a review of its order.

However, if the SLP is admitted, it would get converted into an appeal and the subsequent order passed by the SC, would merge with the order of the lower judicial authorities. Consequently, the HC would not have the power to review its earlier order.